The Global Network of Payment Flows

by Samantha Cook and Kimmo Soramäki

The paper The Global Network of Payment Flows provides a descriptive analysis of the payment networks created by flows of SWIFT MT 103 messages. MT 103 (Single Customer Credit Transfer) is the most commonly-sent SWIFT message type and therefore may be a useful measure of global economic activity. In the payment networks, nodes represent countries, directed links indicate when at least one message was sent from one country to another, and link weights store the number of messages sent between countries. The data forms a time series of networks, with a distinct network for each month between January 2003 and July 2013. We begin by considering the number of countries, number of links, and total number of messages sent in each network. We find that although both the number of countries and number of messages sent were fairly steadily increasing during the period of study, the number of links in the networks increased steadily until early 2007 and then began to decrease, with the number of links at the end of the series only marginally higher than at the beginning. We hypothesize that the decrease in number of links may be related to increased banking regulations in the wake of the financial crisis. 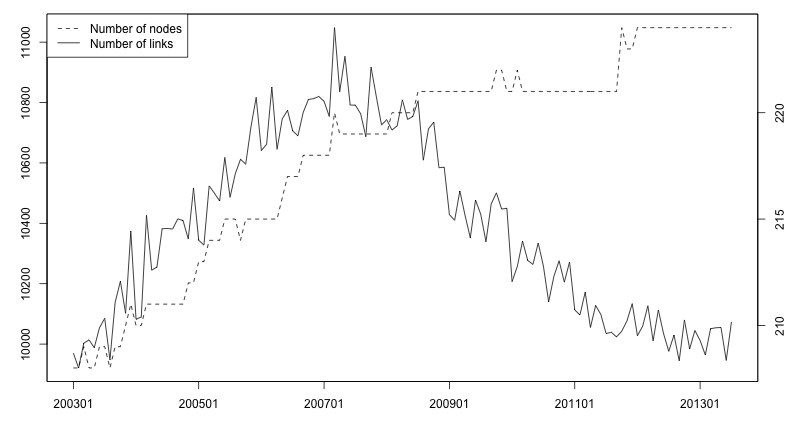 Figure 1: Number of nodes and links in payment networks.

We also found that the increasing trend in total number of messages sent leveled off slightly during the financial crisis, eventually recovering to increase at approximately the same rate as before the crisis. Our analysis suggests that message counts are on average 4.4% lower post-crisis than they would have been had the pre-crisis trend continued unabated throughout the entire period. 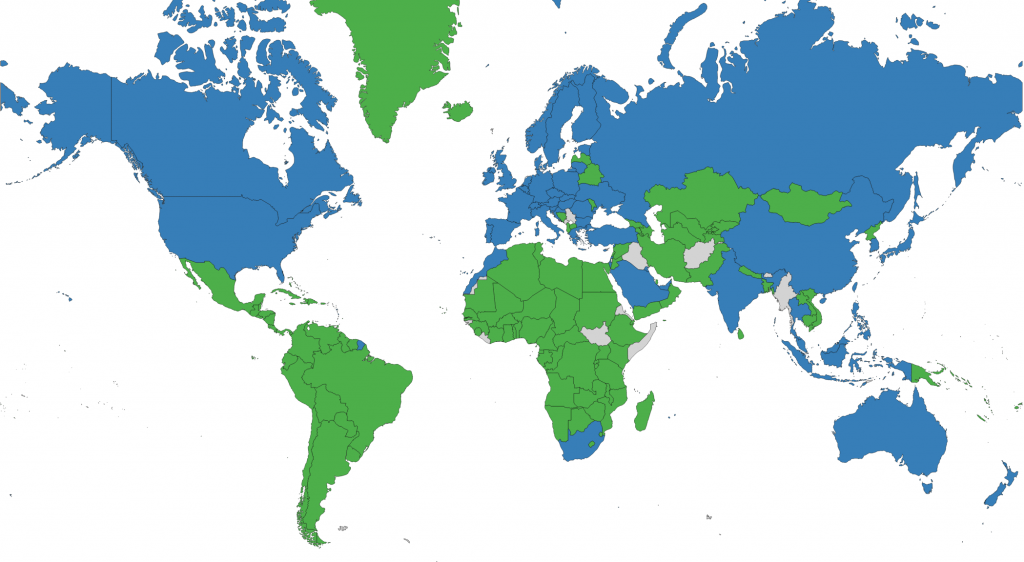 We also found a strong community structure in the networks, with countries in the same community more likely to exchange messages than countries in different communities. The community structure was quite stable over time, with the four largest communities roughly corresponding to Europe; the former Soviet Union; north and central Africa; and the Americas, Asia, Oceanea, the middle east and southern Africa. The map below shows the community classification from the most recent network, with countries colored by community. 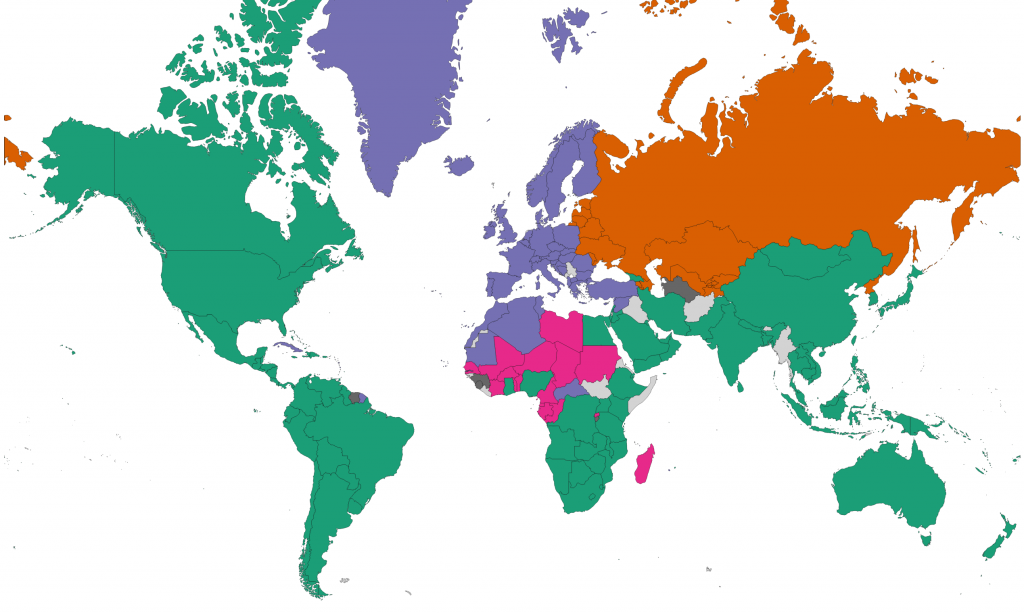 Focusing on the most recent network with available data, we found that messages ex- changed between 17 countries accounted for approximately half of the total message volume. On the subnetwork defined by these 17 countries, we calculated the maximum- spanning tree (based on the number of messages exchanged between countries), which retains only the most important links in the network. The tree contains two clusters, one of European countries linked to Germany and another of American and Asian countries linked to the United States. These two clusters are joined by the United Kingdom, which links to both Germany and the United States, and thus acts as a bridge between the two clusters. In the photo below, SWIFT CEO Gottfried Leibbrandt can be seen discussing this network at the Sibos 2014 conference in Boston. 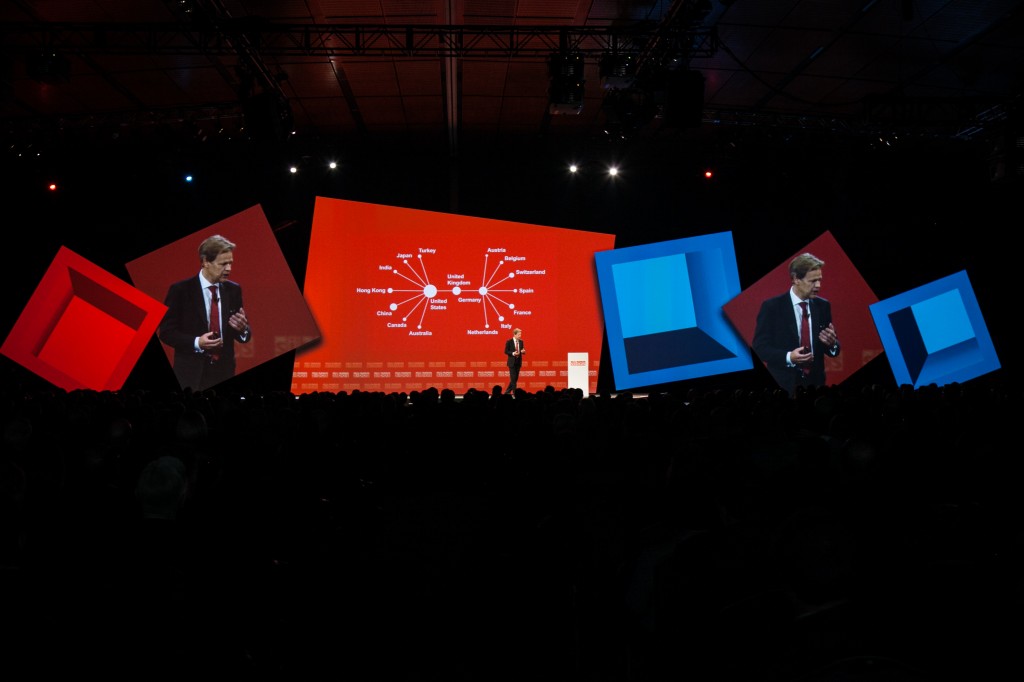 Figure 4: Gottfried Liebbrandt (September 2014) and the maximum-spanning tree of the subnetwork containing 50% of message volume (July 2013).