One oft-quoted assumption regarding the recent 2008 financial crisis maintains that if more women had sat on the boards of financial institutions during that period, the crisis would not have become so acute. With recent proposals put forward by the EU regarding the imposition of quotas for women in non-executive positions on listed companies, the issue of women in finance needs to be more closely examined in order to distinguish fact from fallacy.

The SWIFT Institute interviewed academic Tom Kirchmaier, Lecturer in Business Economics and Strategy at Manchester Business School and Fellow of the Financial Markets Group at London School of Economics, who has jointly been awarded a research grant by the SWIFT Institute with Renée Adams, Professor of Finance, Commonwealth Bank Chair in Finance at the Australian School of Business, to look at the subject of Gender Diversification. Also questioned were Lieve Mostrey, Executive Director, Chief Technology & Services Officer of Euroclear, and Ann Cairns, President, International Markets of MasterCard, in order to provide differing industry perspectives on the subject of quotas for women on boards. Various senior female global business leaders from within MasterCard also provided their thoughts on diversity, thereby providing a snapshot view from within one global organisation. 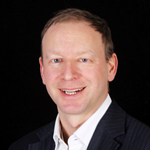 Interview with Tom Kirchmaier, Lecturer in Business Economics and Strategy at Manchester Business School and Fellow of the Financial Markets Group at London School of Economics, co-author with Renée Adams of new research paper ‘Women in Finance’.

Dr. Kirchmaier believes that if society as a whole wants to improve firm performance, female participation in the workforce is a necessity. The issue regarding the number of women on boards, on the other hand, is more a matter of practicality as it provides a convenient benchmark to study career advancement in women. There are currently only two valid data points to measure this advancement, the first being how many women graduate from university (in 2010-11, 55% of undergraduate students in the UK were women), and the second being the number of women holding board positions (15% of all directorships in FTSE 100 were women [1]). The dramatic decline in numbers raises the question – where are we losing all the women along the way?

Dr. Kirchmaier commented, “It’s a question for firms and society at large: why do we get rid of half of the human capital?” In order to achieve more productivity, the logical solution would be to have a company incorporate a more inclusive HR policy, thereby including more women and having double the human capital to select from and compete out of, ultimately enabling the better management of the company.

We see the need for extra human capital more particularly with small firms as they are much more constrained in this area than the larger firms. The correlation of women on boards and smaller companies becomes much stronger and more positive. Because smaller firms are generally more successful in terms of innovation and profitability, Dr Kirchmaier believes a country would benefit tremendously if it found ways to bring back women after child-care on a full-time basis.

With regards to the more narrow focus on the participation of women in the financial services industry, the figures for the banking and financial services are very low though increasing from 6% in 2001 to 10.9% in 2010. More interestingly, however, there is an extremely high percentage of male-only boards, the number of which has decreased slightly from 47% in 2001 to 30% in 2010. Because the female work rates are so low it makes it difficult to determine if the factors influencing female participation in financial firms differs from other types of firms. What research has shown is that women in the boardroom are not less risk-averse than male directors [2].

When asked if it would be realistic for listed companies, in order to avoid regulation, to put more of an onus on themselves to bring about a greater degree of gender diversification, Dr. Kirchmaier responded that he believed companies should have a huge interest in the inclusion of more women in their organisations in order to achieve the goal of increased production. He continued, “I am in favour of trying to get more women into the workforce and having a wider and much deeper, more competitive labour market. I think people get hung up on these boards because it’s nice and easy to understand.”

Whilst a certain group of people feel that the only way for society to change is to legislate in favour of quotas, Dr. Kirchmaier argued that this would actually counter the objective of a more productive society because women would be arriving at positions on the board through legislation rather than competition, doing more harm than good. He critiqued the idea saying, “With a quota, maybe 200 extra women will have a job, but will we have solved any problems in society? No. The bigger issue is that we make sure women can compete in the labour market so that one day they end up on top.”

Snapshot: Views on Diversity Within One Organisation 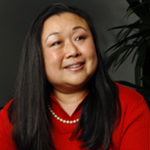 “Even in the financial sector, much of the business networking and discussion on deals is done after hours, or rather during ‘Happy Hour’. Women are disadvantaged as many have to rush home to fix dinner or pick up kids from daycare.” Georgette Tan, Head of Communications, Asia Pacific Middle East and Africa, MasterCard 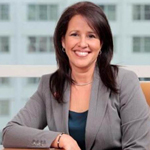 “Within financial services, specifically the payments industry, having a diverse workforce is essential as we develop products and programs targeting specific consumer segments, e.g. youth, women. Consider that women influence up to 85+% of purchasing decisions in the household and have become key sources of recommendations to friends and family through growing social media channels.” Francis Hondal, Group Executive, Global Products and Services, Latin America and Caribbean, MasterCard 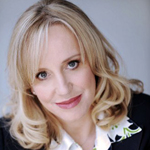 “I hate to admit it, as offensive as Board quotas might seem, but we are making slow progress through targets and debate. Intervention is needed now to move soft targets to something real. If female balance is demanded on Boards, the impact on performance and equality will over time justify the action.” Marion King, President, United Kingdom and Ireland, MasterCard 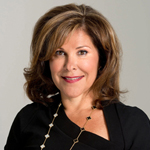 “At MasterCard, the introduction of AWS (Alternative Work Solutions) has enabled both men and women in the organization to create a flexible schedule that brings balance to both their personal and professional demands. Our hope is that these types of innovative programs will enable women to keep building their skills, eventually building the appropriate skills for board candidacy, as opposed to leaving companies.” Betty DeVita, President, Canada, MasterCard