Day two at Sibos London, and it just gets better! We kicked off the SWIFT Institute programme with Dr Angela Gallo from Cass Business School discussing the implications for banks in this era of political uncertainty. Political events are intrinsically linked to financial markets. As events unfold around the world, markets react in real time – sometimes wiping out billions of dollars of value in a single day. The major sources of political uncertainty today are trade protectionisms; Brexit; the rise of nationalism / populism; and sanctions. Furthermore, social media is a significant facilitator of political uncertainty. We are moving from a period of globalisation to one that is state-centred. Echoing the Sibos theme, thriving in a hyper connected world, politics too is interconnected. The challenges of uncertainty, will most affect global banks. The result is that banks may well begin to focus more domestically. 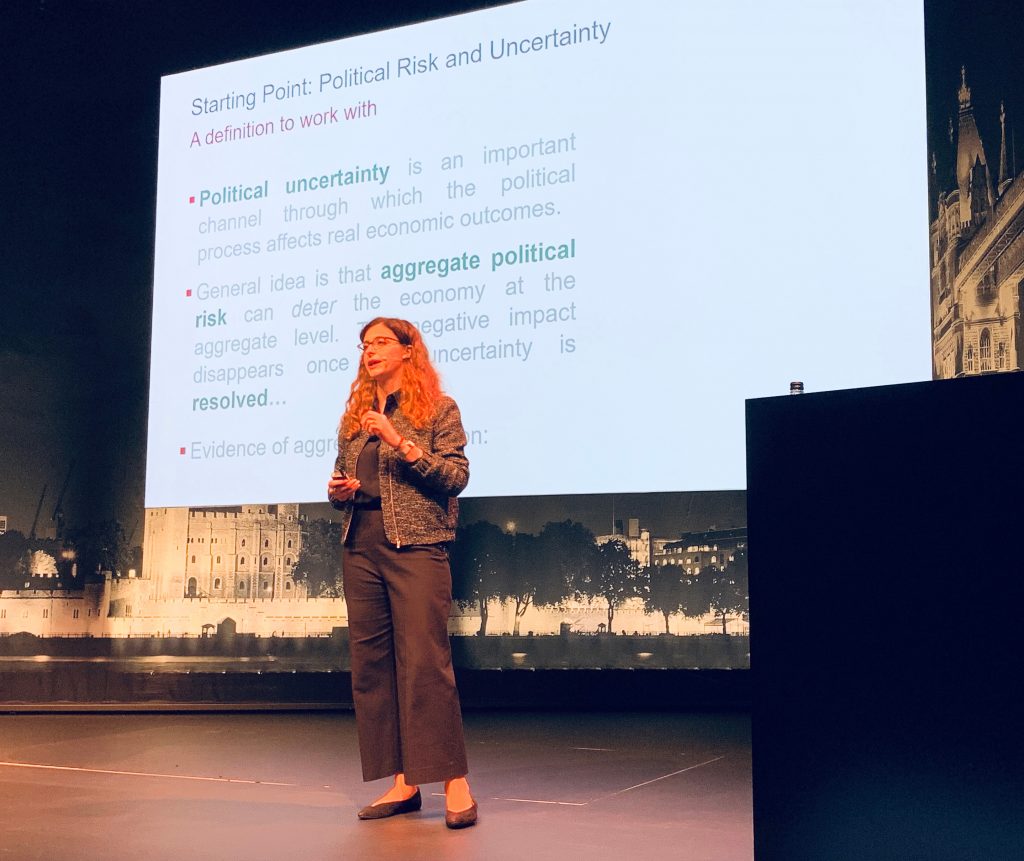 Today’s lunch & learn session took an objective look at more than 100 blockchain initiatives that have been announced across our industry in recent years, with few finding any traction those that have offering incremental improvements in processing. Professor Alistair Milne and Anil Kavuri from Loughborough University, are conducting research on behalf of the SWIFT Institute. They see blockchain as being part of a digital transformation evolution rather than a revolution. Digital ledgers do not create trust in their own right, at least not in the origin of the data contained within a digital ledger (the ledger only helps to avoid tampering with the data after origination). They see digital ledgers as a pick & mix of data sharing solutions based on a combination of different technologies. There is potential for greater use in the financial industry, but this will require encouragement (or a mandate) from regulators / central banks. The research is nearing completion and will be published soon. 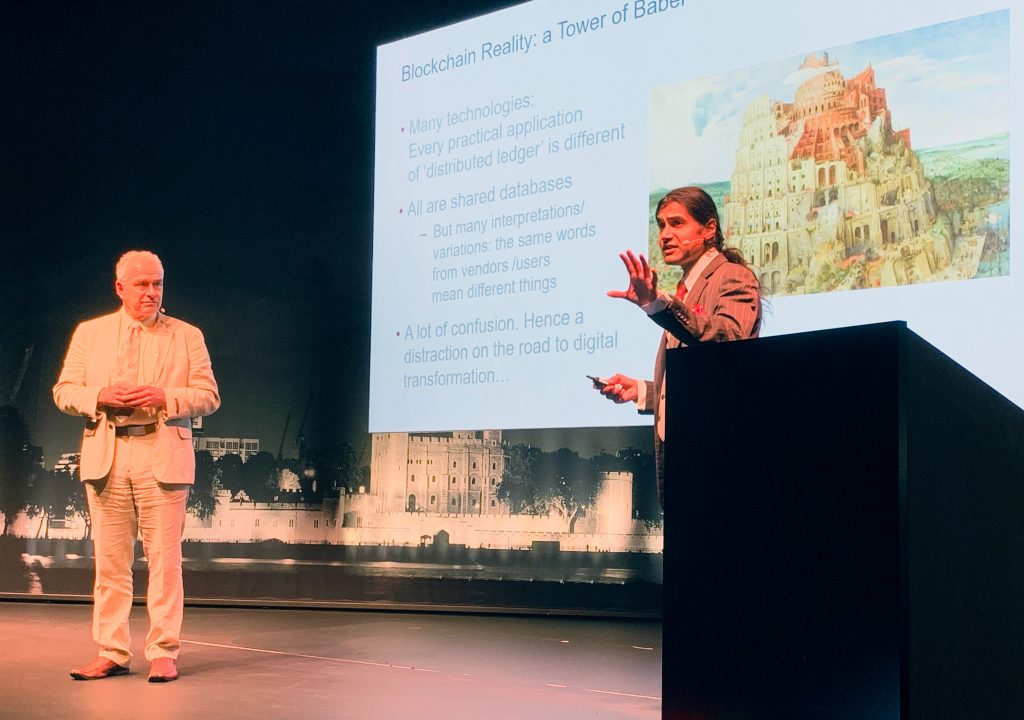 The rise of banking platforms in the wake of open banking and PSD2 followed, with Dr Pinar Ozcan from the University of Oxford and Dr Markos Zachariadis from Warwick Business School. They are in the midst of SWIFT Institute sponsored research looking at how banks and fintechs are meeting the challenges and opportunities of PSD2. Banking platforms look to be the future. They unlock new sources of value and leverage network effects. A question for banks is, how open do your make your platform (e.g. who do you grant access to)? The research is still underway and will be available in early 2020. 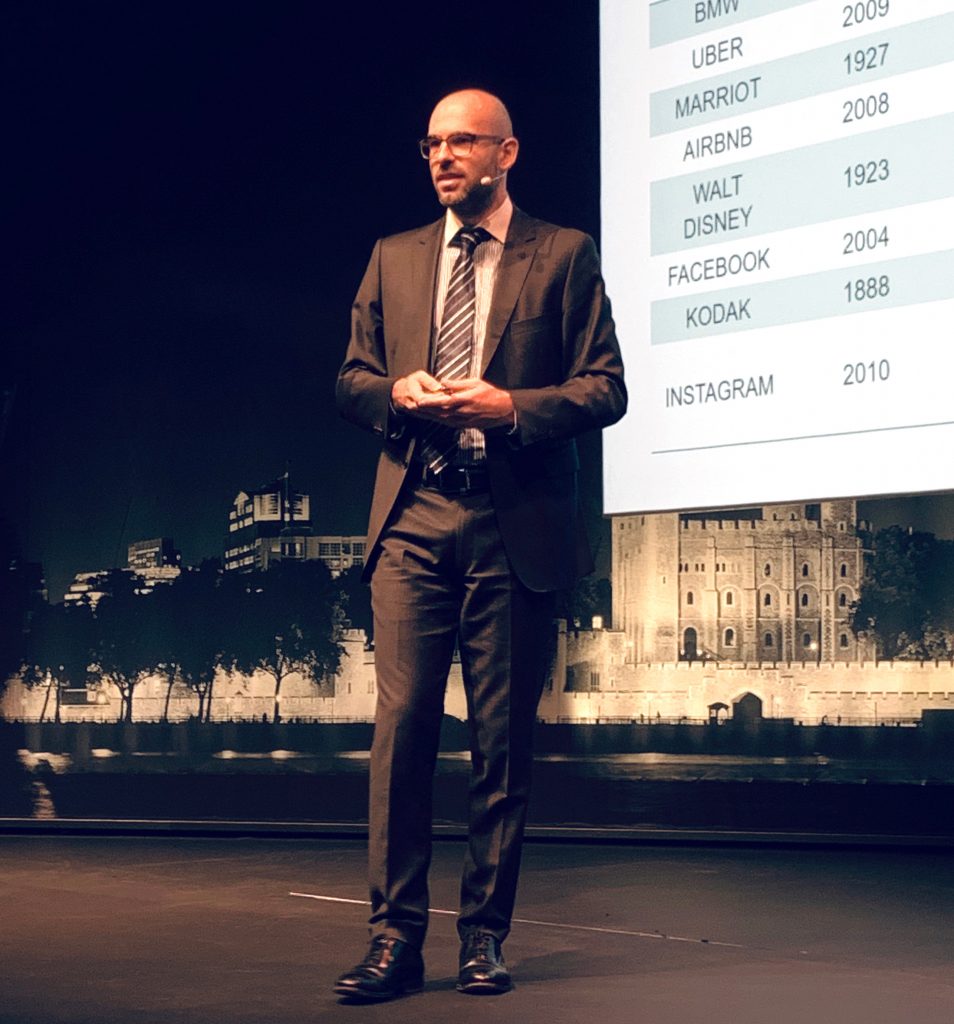 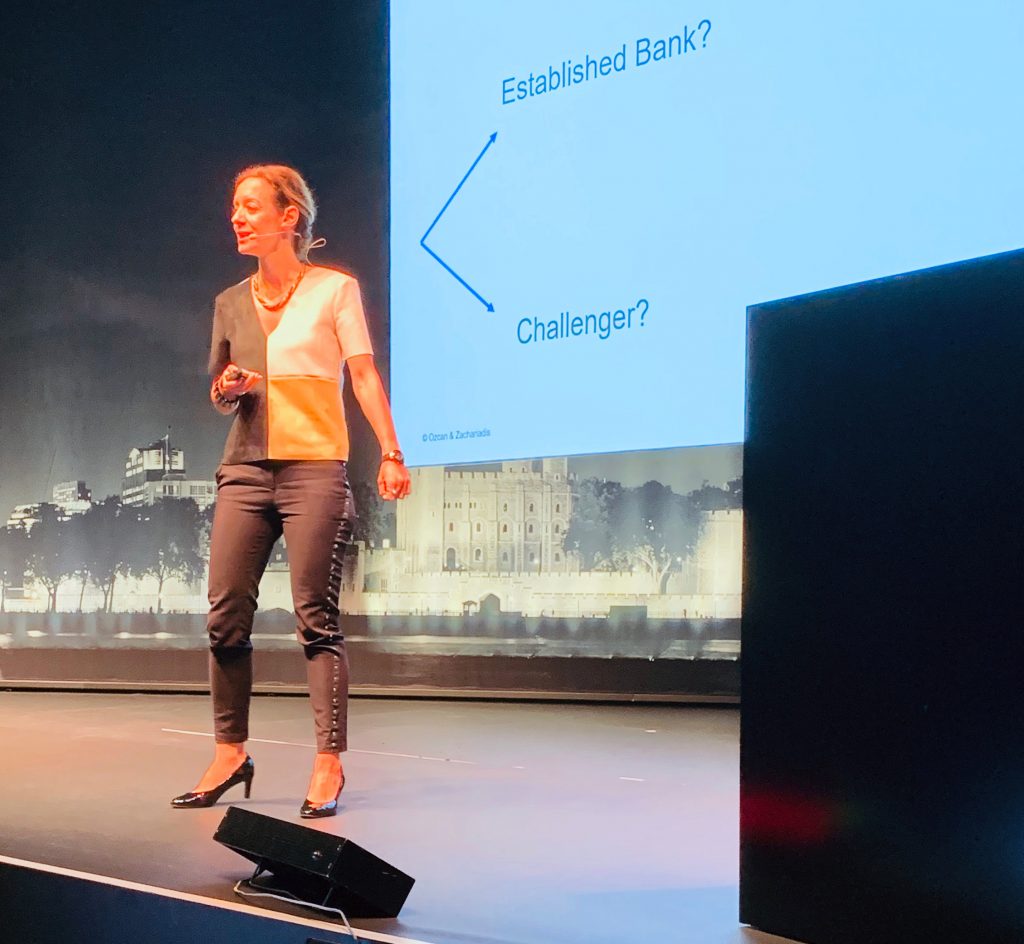 Our final session saw Imperial College London’s Dr Mark Kennedy return to the stage (after moderating yesterday’s data science panel featuring a hologram speaker). Today Mark gave a fascinating lecture on artificial intelligence (AI) and the future impact it will have on jobs. He described a ‘job’ as a bag of tasks. There will undoubtedly be certain tasks in many types of jobs that will be automated, but the overall job will remain – changed perhaps, but it will still exist. Mark quoted Hal Varian, Chief Economist at Google, whose research states that the only job to have truly disappeared in recent times is the elevator operator. Many other jobs have evolved rather than disappeared. Mark estimates that AI will foster change in jobs that will impact approximately 15 – 25% of the workforce. The parts of our jobs requiring calculation will be automated, whereas those parts that require explanation will remain in human hands (or rather minds). Mark is optimistic about jobs for humans. As innovation lightens our load, economic pressures tend to top us up again. In other words, if we automate one job, we find new things to do to increase revenue streams. There’s hope for us yet. 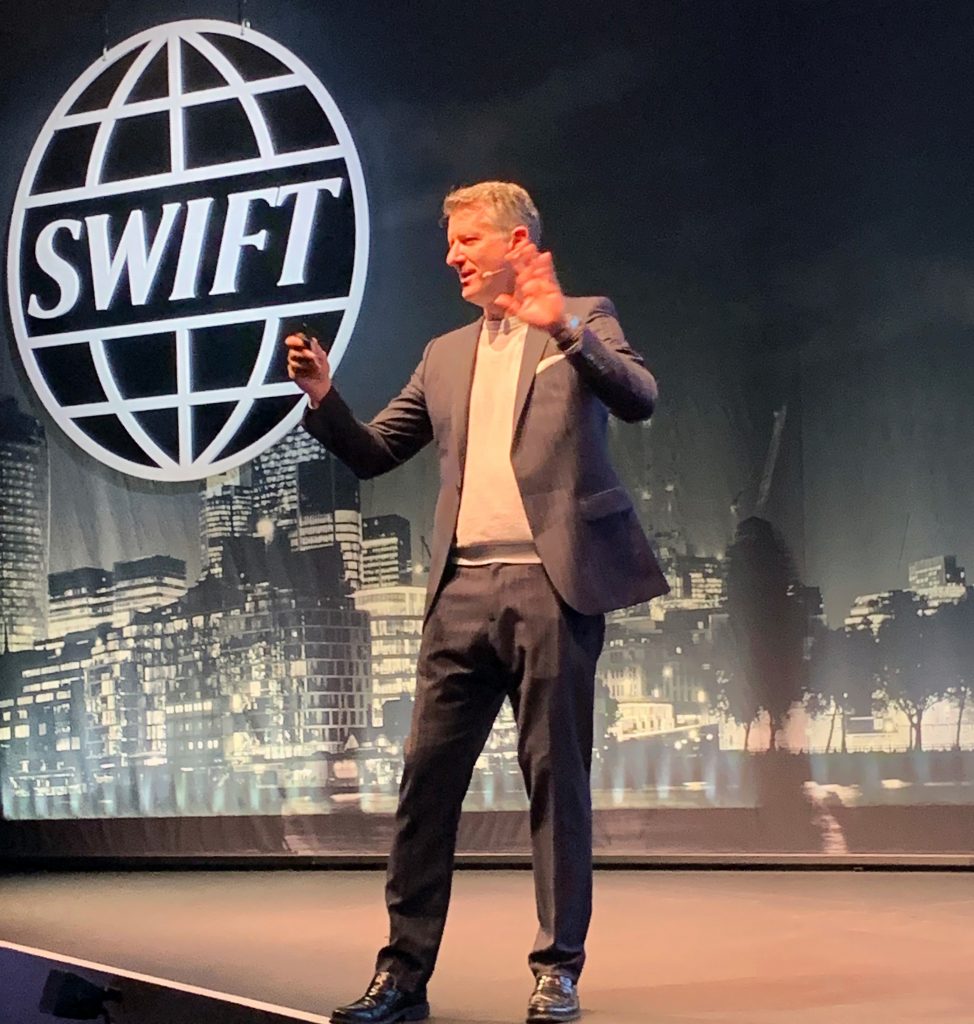 A great day with fascinating insights by great minds. We have a great line-up of sessions for Wednesday, kicking off at 9am in SWIFT Room 2 with Professor Julian Birkinshaw from the London Business School who will offer guidance on how to stay ahead of the curve in a disruptive world. See you tomorrow.