Day one of Sibos London 2019, and what a day it’s been! It is officially the biggest Sibos ever, with more than 11,000 delegates from over 150 countries, and it is certainly shaping up to be the best. The SWIFT Institute has a full agenda bringing thought leaders from academia (and beyond) to Sibos this week, and we were off to a great start today.

We kicked things off at 9am with Keith Bear from the University of Cambridge. Keith’s session, entitled ‘From Rock Star to Rock Band: Collaborating with Competitors’, delved into the ever increasing trend for collaboration across our industry. He cited blockchain as being one of the biggest reasons behind collaboration in recent years. In terms of business drivers, according a Cambridge survey, cost reduction is the biggest driver (72% of respondents); with revenue generation (8%) and the desire to create new business models (8%) also being cited. Collaboration isn’t easy, as it takes an average of two years to move from PoC to production when working across bank boundaries. We are, however, seeing more collaboration than ever before between banks, and between banks and non-banks. Keith also highlighted SWIFT itself as being a great example of bank collaboration. 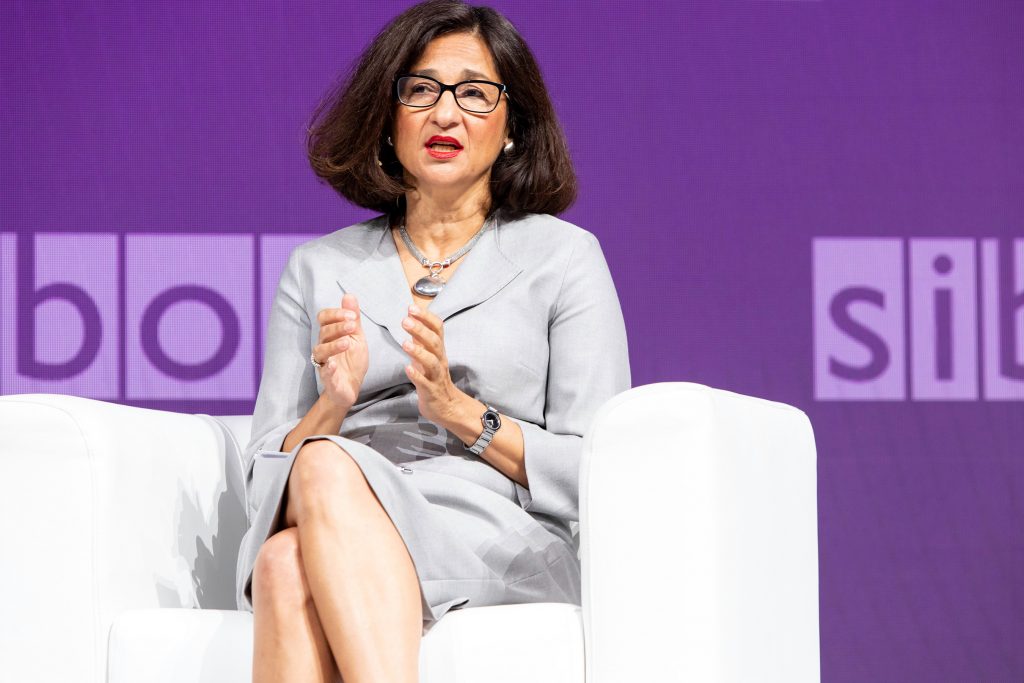 The Sibos opening plenary this morning featured a renowned academic; Dame Minouche Shafik, director of the London School of Economics and former deputy governor of the Bank of England. In a wide ranging interview she touched on Brexit and AI amongst other highly relevant topics impacting our industry. She worries that UK universities are at risk of losing out on collaborative research depending on the outcome of Brexit, whilst the UK in general will continue to be a knowledge based economy based on services. In terms of AI, it will change most jobs, however, Dame Shafik is optimistic that jobs will evolve rather than disappear. Professional jobs such as doctors and accountants will see impact as they make better use of AI to improve their decision making. Overall, a very impressive interview. Are we looking at the next governor of the Bank of England?

Each day at 12:15pm the SWIFT Institute hosts a lunch & learn session, where we delve deeply into a topic (and serve a sandwich lunch). Today we had Dr Ron Berndsen, a professor at Tilburg University in The Netherlands. He used a warehouse metaphor to explain the complex world of payment and securities market infrastructures. As this is an evolving industry, he is adding a cryptocurrency warehouse (or rather pseudo-warehouse) to his own teaching infrastructure. At the end of his session he signed and gave away copies of his new textbook, Financial Market Infrastructures and Payments.

The final SWIFT Institute session of the day was a panel discussion on Data Science and the Future of banking. Dr Mark Kennedy from Imperial College Business School moderated a panel made up of Michael Curry from IBM, Nuno Sebastiao from Feedzai and Chris Philips from the Royal Bank of Canada. In a fascinating discussion with numerous takeaways, the one that jumped out is that to succeed in using data science in your bank you need two things: first, to know quite clearly what it is you want to achieve, and second, you need data in as clean a format as possible. What made this session extra special is that whilst Mark, Michael and Nuno were on stage at the ExCel in London, Chris joined as a hologram from a studio in Toronto. My thanks to Rory Elliott at ARHT Media for making the hologram a reality. 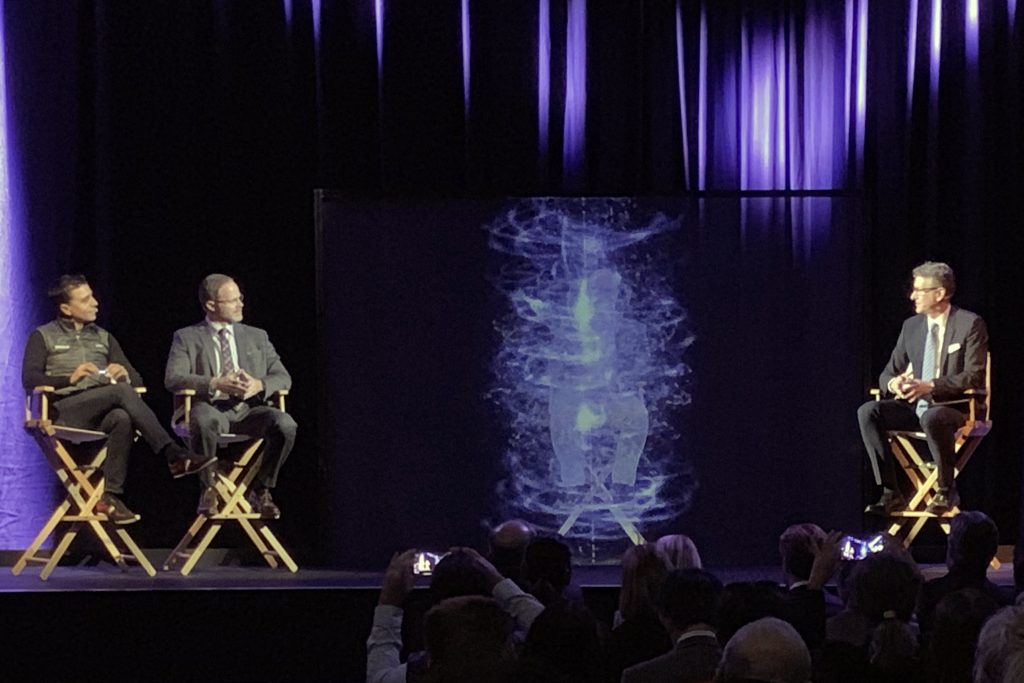 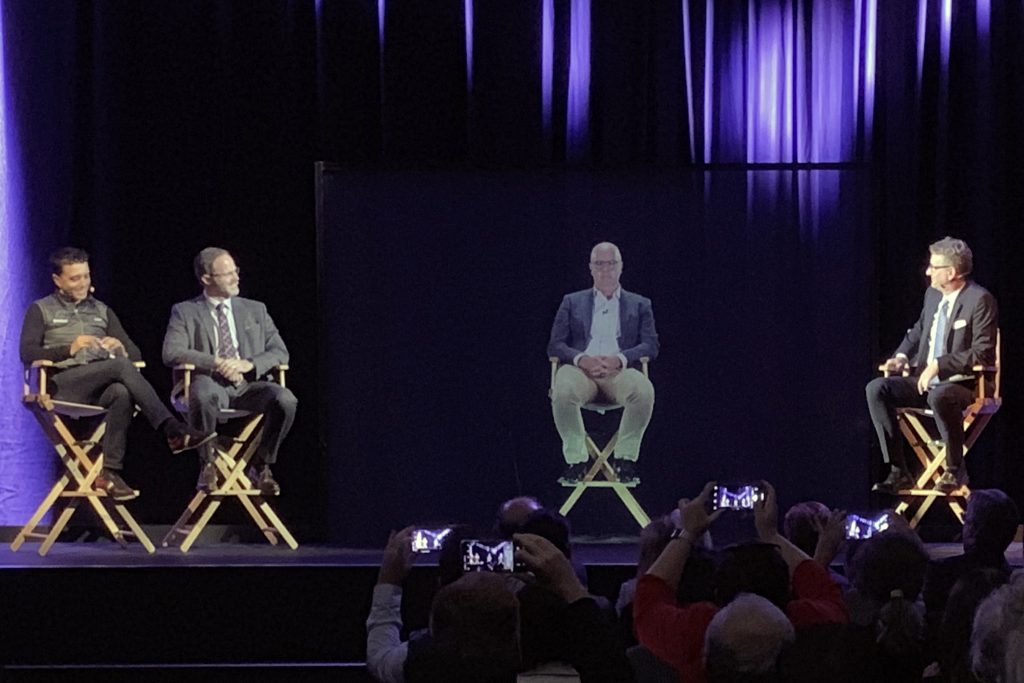 A great day that can only be bettered by tomorrow. We have a great line-up of sessions for Tuesday, kicking off at 9am in SWIFT Room 2 with Dr Angela Gallo from Cass Business School who will talk about the implications for banks in today’s era of political uncertainty.