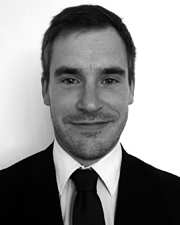 Nathan Van de Velde is a legal researcher at ICRI-CIR – iMinds – KU Leuven, involved in the TRU-BLISS project (2014-2016), which aims to help banks augment their cyber security readiness. He obtained his Master of Laws in 2012 from the same university, as well as an additional LLM in Intellectual Property Rights & ICT (cum laude) at H.U. Brussels/KU Leuven in 2013. He completed the Schuman traineeship with the Directorate-General for Innovation and Technological Support at the European Parliament in 2014. Before that, he worked as a legal intern for a Brussels-based Intellectual property practice and worked at a Public Affairs consultancy focusing on Technology, Media and Telecommunications policies.

Last October I was fortunate enough to be able to attend Sibos Singapore to present a SWIFT institute paper I...

Is a risk-based approach to AML paving the way for wholesale de-risking?

Financial institutions continue to struggle with the conflicting pressures to maintain certain high-risk accounts and facilitate financial inclusion whilst satisfying...