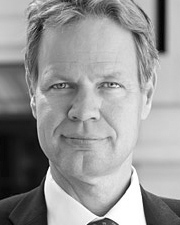 CEO and Member of the SWIFT Institute Advisory Council. Succeeded Lázaro Campos as CEO of SWIFT in July 2012. Gottfried Leibbrandt joined SWIFT in 2005 to focus on the development of the SWIFT2010 strategy. Upon completion of the strategy, he was appointed as Head of Standards and then in 2007, was promoted to Head of Marketing. Prior to joining SWIFT, Gottfried worked for McKinsey & Company for 18 years where he was a partner in the Amsterdam office and a co-leader of the European payments practice. He holds a Masters degree in Econometrics and Statistics from the Vrije Universteit Amsterdam and a MBA from the Stanford Graduate School of Business. Gottfried also holds a PhD in Economics from Maastricht University. His thesis was “Payment instruments and network effects: Adoption, harmonization and succession of network technologies across countries”.

One argument that is often made in discussions around the design of payment systems is that “a payment is a...

This is my concluding blog on the statistics of payments. These blogs applied statistical techniques to payments: how is their...

What is the topology of your payment network?

Whether you’re actor Kevin Bacon, a page on the world wide web, or a bank, we are all connected…and connected...

Does your amount start with a 1? Benford’s law

As we near the end of my book, I thought it might be time for a little pop quiz. Question:...

How big is that payment?

So far we’ve looked primarily at cash payments. Now let’s talk about transactions over interbank payment systems such as TARGET,...

Back in chapter 5 I asked where you spend your money? Is it close to home, further away, abroad? We...

We’re all the same, but everyone is different. While all countries are adopting electronic instruments, there are significant differences in...

Rumors of the death of checks are greatly exaggerated

In Canada, France, the UK and the US the use of checks is in constant decline, although still used for...

So far we’ve looked at cash. As with any aspect of life, there is always competition. For cash competition comes...

Where do you spend your money? Is it close to home, further away, abroad? In this chapter we literally follow...

The SWIFT Institute is dedicated to fostering research and disseminating knowledge and information about the financial services industry. The Institute funds and publishes independent research and brings together academics and practitioners to inform, debate and learn from each other.