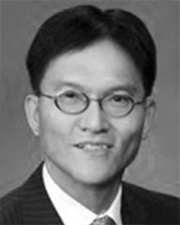 Chi Lo is the Senior Economist for Greater China at BNP Paribas Investment Partners (BNPP IP) based in Hong Kong. He joined BNPP IP in 2010 through HFT Investment Management (HK), BNPP IP’s joint venture partner in China, where he was CEO. Prior to joining HFT, he was Head of Overseas Investment at Ping An of China Asset Management (HK) Ltd. Chi’s other positions in Asia included Asia Research Head for the British private property fund Grosvenor, chief economist and strategist for Asia at Standard Chartered Bank and research director for Greater China at HSBC in Hong Kong. Before working in Asia, Chi was an economic advisor to the Canadian Treasury in Canada. His other experience includes international research firms in North America, regulatory bodies for securities trading in Toronto and London, and blue-chip international investment banks in North America, England and Asia. Chi is the author of eight books on Chinese and Asian economic development and markets. He has published research work in international periodicals and newspapers, and has appeared as a commentator on international media and speaker at international seminars, such as the World Economic Forum, Asian Development Bank, and House of Lords of the British Parliament. He was listed on the International Who’s Who Professionals in 2000 and 2011. Chi did his economics graduate work at the London School of Economics and Political Science (LSE) in England and the University of British Columbia (UBC) in Canada.

Renimbi going into the SDR Basket

What Does BREXIT Mean for China?

If you don't know where you are going, you might wind up someplace else. Yogi Berra In the short-term, Brexit...

It is a maxim of today’s financial markets that we cannot trust Chinese economic data because the official statistics distort...

Everything will be okay in the end. If it’s not okay, it’s not the end. John Lennon Many observers believe...

Chi on China – SDR: A Reserve Currency Fast-track for the Renminbi

Summary Technically, the renminbi is not yet qualified to be included in the International Monetary Fund’s Special Drawing Rights (SDR)....

Chinese government officials, academics and policy advisors have been debating heatedly the sequencing of China’s financial reforms. The official line...

Summary For too long, China’s interest rates have been kept below its nominal GDP growth rate for too low. They...

There are high hopes on the Shanghai Free Trade Zone (FTZ) being a test bed for China to experiment full...

Summary The idea of establishing domestic Free Trade Zones (FTZs) in China has generated a lot of excitement about accelerating...